So – you’re a movie buff. Me too. But for those of you still in the filmfreak closet, here’s a way you can quote your favourite lines ALL….DAY….LONG….and nobody need ever know (unless you want them to – I assure you, it’s a great pulling technique if you want to gather yourself a nice, smart movie geek).

Technically, any flick with a half-decent script is a quotemine, so this list is compiled with that in mind; to show you just how easy it is. Quotes you didn’t know you knew, lines from films that are usually overlooked when it comes to “Best Quote” lists. It’s especially thigh-slappingly amusing trying to crowbar a line into a conversation at work. With a customer. On the telephone. And yes – I have. Many times.

So fly, fly – engage in a little of your own project mayhem that only the true enthusiast will espy. Let’s explore how we can take oft-overlooked statements and make them work for us (Work it, baby, work it…)

Ah….We have such sights to show you….

Why it’s so quotable – with a Duel-like chase, the story becomes all the more sinister as Arnie’s Terminator takes on the voice of Sarah Connor’s mother to track her down at the sleazy motel. You too can be equally menacing if you need to know where someone lives:

“Give me your address there”.

OR…..run from that spider crawling towards you, at the same time maniacally exclaiming:

Why me? Why does it want me?

When trying to haggle at a market or garage sale, turn to whoever is next to you and tell them, referring to the vendor:

It can’t be bargained with, it can’t be reasoned with.

(Using this one makes you truly awesome.)

This will all stand you in good stead for the day you need to borrow someone’s clothes, boots, and motorcycle. 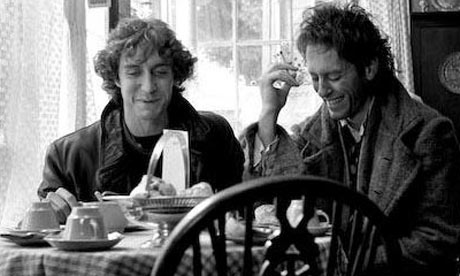 Why it’s so quotable- the greatness of the nothingness of every single thing that happens in this movie owes itself to Bruce Robinson’s uber-screenplay. He provides us with a truly juicy superabundance of utterances which can be easily levered into everyday speak.

I feel like a pig shat in my head.

Feeling a little paranoid in a new office or hotel room?

You’re not leaving me in here alone. Those are the kind of windows faces look in at.

When you experience poor service at a local establishment, it’s super-fun to yell:

We are multimillionaires. We shall buy this place and fire you immediately.

(Of course, they won’t believe you, but your pure awesomeness makes that a moot point).

When you’ve haggled with the vendor at the aforementioned garage sale, you do of course need to tell them they’re out of their mind. But it only makes sense when you get down to two quid. 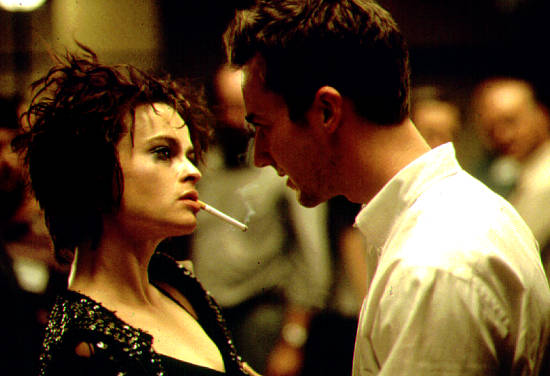 Why it’s so quotable – With their screenplay, the deities that are Chuck Palahniuk and Jim Uhls make things secretly obvious. If you’re anything like me, by the end of the movie your head is spinning with the incredible dialogue you’ve just heard.

To console someone about a break-up:

It’s only after we’ve lost everything that we’re free to do anything.

If you want a slap in the chops, wait until someone you know gives birth to a girl and utter:

We’re a generation of men raised by women. I’m wondering if another woman is really the answer we need.

It’s the ideal movie for paraphrasing purposes, too, where you can create endless phrases inspired by Chuck and Jim: “I am Philip’s sense of utter rejection” or “I am Maria’s total lack of responsibility”.  I am Linda’s lack of fuck-giving. That kind of stuff.

Why it’s so quotable – it’s fucking Ferris fucking Bueller’s fucking Day Off. That is all.

Customer service agents leaving you frustrated on the telephone? So many choices: but to start with you could ask them

Do you know anything?

(Or simply tell them to stick their finger up their butt).

Worried about being fired for using Terminator quotes on the telephone? Talk about your boss thus:

If I’m gonna get busted, it is not gonna be by a guy like that.

And if you are clever enough to crowbar:

into a real life situation, then I may need to marry you a little bit.

This will imbue a sense of greater purpose and confidence: If you need to call across the office to your colleague Grace, you KNOW how it must be done.

Why it’s so quotable – If you ever wanted to prove yourself strange and unusual, this film gives you the chance.

Not into the person trying to pull you down the local boozer? Refuse to tell them your name:

If I tell you, you’ll tell your friends…

..and go on to say it’d make your life Hell, ok? A living hell. (Disclaimer: at this juncture, if they get it and laugh hysterically, you may have to have a rethink – they might just be The One).

Viewing a new house? Not too keen? Tell the estate agent:

Of course, there is the one you HAVE to use whenever you try on a new outfit:

Extra points for saying it after sucking on some helium.

Why it’s so quotable – because it rocks. Simple.

Try on a sweater vest and complain in your best Voice of Ving that it makes your neck look too thick.

Take the kids on a museum trip just so you can say:

(This could only be made cooler if Frank Langella were to bustle past).

Be Dave. Because Dave is just wonderful. Fess up to everything:

I take full responsibility for each one of my illegal actions.

If you know anyone called Ellen (or with the initials LN), you do of course have to thank them for doing this at every available opportunity. It’s the law.

Why it’s so quotable – because it’s essentially a comic lavishly portrayed by real people. It’s also one of the finest movies ever made.

Assure your friend that their upcoming surgery will be a success:

They’ll fix you. They fix everything.

Made a typo on a document? As you delete it, you MUST say out loud:

There ARE a lot more quotes from this movie…..I can feel them… but I can’t remember them.

Why it’s so quotable – because it’s such a well-rounded collection of Mmmmmovies.

Don’t go for the obvious YEAH BABY nonsense. But if you’re about to go for surgery to correct your vision, you HAVE to do air quotes when you say LASER otherwise it’s just a wasted opportunity.

Channel Scott Evil wherever possible, with as many, like, whatevers as you can. And always refer to the French language as Paris talk. It’s like, cool.

Being that you’ll often hear people using the boring old in-a-nutshell phrase, you can liven things up. You know how – get on your back and be you, in a nutshell.

As you do this, laugh inwardly at your own genius, point to someone and tell them that’s where they are. They’re there.

Why it’s so quotable – it’s set in a gin joint. There’s booze.

Enter a casino and declare that you are:

..shocked, shocked to find that gambling is going on in here!

Next time someone calls you a piss-head, explain that that makes you a citizen of the world.

Confuse the enemy: explain that somehow,

just because you despise me, you are the only one I trust.

You could also tell someone that you are looking at them, kid, but this may just cause confusion. 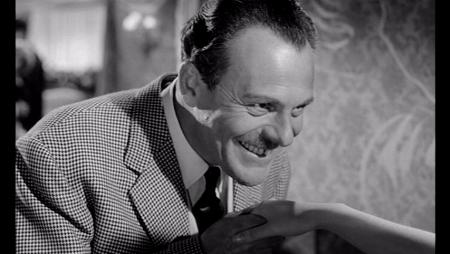 Why it’s so quotable – watch it. Just watch it.

Tell someone you’ve been married a long time. Perhaps almost…

Be utterly charming and patronising at the same time, translating everything on the menu. Even if it’s in English.

Point to some tomatoes in your local store, and state what they are.

If you’re being berated for trying to get one over on someone, explain that:

he who is not one up, is one down.

Speaking of one-upmanship, get one over on your local garage by convincing them that your piss-poor excuse for a heap-of-crap car is actually a rare automotive gem.

See? It’s easy when you know how. I’m off for a game of golf now, but it’s snowing. So I’ll use red balls.

2 thoughts on “We Have Such Sights To Show You”